BAyou City audiences had to wait 19 years for a new work custom-made for the Houston Ballet by famed gay dance creator Trey McIntyre. But on May 20, the curtain will rise at the Wortham Theater Center for the world premiere of pretty things, a new rock ballet on eight classic David Bowie tracks, including “Changes”, “Life on Mars?” “Ashes to Ashes” and “Young Americans”.

pretty things is the eighth work McIntyre, 52, has created for Houston Ballet. It’s a fitting homecoming for the most gifted dance maker the company has produced in its venerable five-decade history and one of America’s most gifted living choreographers. Delayed for two years by the pandemic, the production features wildly theatrical creations by Thomas Mika that would make Ziggy Pop green with envy.

“David Bowie’s music is great; it’s opera and on a grand scale,” McIntyre says. “He sings like a walking peacock. There is also a lot of depth and humanity. In many ways, her voice embodies the conflict I seek to resolve in this dance.

“I do this work to explore and reconcile my complicated relationship with the narcissism inherent in the profession of interpreter”, he continues. “Culturally, narcissism is a term seen primarily as a mental illness, yet it seems to be an important quality for those who pursue a life of being ‘seen.’ How to reconcile the valuation of the performer, but not the qualities necessary to be one? How do we value the art but not the artist?

pretty things, which features an 11-male cast, is the first all-male work McIntyre has done for a professional company. “The men of Houston Ballet are incredibly strong,” he observes. “It’s the perfect place to do a piece like this.”

A passion for dance

In 1987, 17-year-old McIntyre first arrived in Houston to attend the Houston Ballet Academy’s summer intensive program. He had become disenchanted with dancing and considered giving up studying ballet altogether, but the Academy’s summer workshop program rekindled his passion for ballet.

Ben Stevenson, then artistic director of the company, immediately recognized a significant choreographic talent in the teenager from Kansas, and would provide him with many opportunities to develop as a dance creator over the next 16 years. In 1990, when McIntyre joined the professional company of Houston Ballet, Stevenson created the special position of “Apprentice Choreographer” and commissioned McIntyre to create his first ballet for the company –Skeleton Clock, set to music by John Adams. Having the opportunity to work with contemporary European masters such as Christopher Bruce, Jiri Kylian and Sir Kenneth MacMillan at Houston Ballet has greatly broadened McIntyre’s horizons as a dance maker.

McIntyre performed with the company from 1990 to 1995. Although he stood out at 6′ 6″ with a good matinee idol look, he never made it to the classic male lead roles. From 1990 to 2003, he created seven works for Houston Ballet, developing his technical mastery and displaying a wonderful sense of wit and humor in the pieces he created.

By the time he left Houston Ballet as a dancer in 1995, he had begun receiving major commissions from renowned companies such as American Ballet Theatre, New York City Ballet, Stuttgart Ballet, Hubbard Street Dance Chicago and the San Francisco Ballet. He retained the position of choreographic associate at Houston Ballet until 2007.

In 2001, McIntyre was named one of dance review‘s 25 to watch. In 2003, he was named one of people magazineThe 25 hottest singles. In 2004, he co-founded his own dance company, the Trey McIntyre Project (TMP), with Anne Mueller and her then-partner John Michael Schert, a dancer who also performed with the company and served as its executive director.

A new model of contemporary dance

In 2008, McIntyre moved TMP to Boise, Idaho, away from Manhattan, the center of the dance universe. The decision initially raised eyebrows, but over time the decision began to be seen as a stroke of genius. The cost of living in Idaho was much lower, Boise passionately embraced the dancers, and they enjoyed 30 weeks of employment each year with full health insurance. The company embarked on a busy schedule of national and international tours and began to thrive. TMP came to be seen as a new model for American contemporary dance companies to emulate.

McIntyre’s fame as a choreographer grew. Reviewing a performance by TMP at Jacob’s Pillow Dance Festival in 2008, Alastair Macaulay, chief dance critic of the New York Times, compared him to legendary choreographer Antony Tudor, praising “the way he can synchronize the movements of the music for dramatic eloquence so that the music tells a story different from, but related to, dance. But there is here a fertility of invention and a modernity of mind which are all peculiar to Mr. McIntyre.

McIntyre’s decision to close the business in 2014 was met with shock and dismay. But the overwhelming pressures of running a dance company had taken their toll. “A dance company is its own kind of rat race,” he told the New York Times in 2014. “The gifts are too numerous to list. But in the end, you really have to be an adult, and there is a creative sacrifice. »

A “COVID adventure” in London

The past two years have freed McIntyre from the daily stress of being a freelance choreographer – a release he could never have imagined. The COVID-19 pandemic has forced the postponement of pretty things. McIntyre stayed in Houston for about six months, not wishing to return to New York, which was then the epicenter of the pandemic.

“A friend in London had a flat to lend me, and I’ve never lived overseas, so it was a great experience,” McIntyre recalls. “Went there as a COVID adventure. I have lived in London for a year and a half.

“The first year of the pandemic was the happiest time of my life,” he notes. “It gave me time to slow down and not be a driven person. I’ve always had a freight train inside of me, driving me as a person. Somehow I needed the whole world to slow down so I could do this myself.

“[The pandemic] helped me connect with what’s really important to me as an artist – remembering what it’s like to be a kid and do a project because you have a creative desire. I am a happier and healthier person because of it.

The pandemic has also given McIntyre time to focus on his work as a photographer, resulting in a series of jaw-dropping male nude portraits.

“Time spent in the studio choreographing a new work is so outlawed; it’s going so fast, and there’s a big group of people, ”he observes. “I love one-on-one exploration with another person in photography. Dance is about showing, exploring the human body. To have that space in photography where a person can stand upright in their own body , to be safe and to be seen can be a very powerful experience and it is very fulfilling spiritually.

A return to Neverland

McIntyre’s work will also take center stage in September when the Houston Ballet brings to life its magical three-act production of Peter Pan to kick off its 2022-23 season. The work, created for the Houston Ballet in 2002, is his magnum opus. He researched, planned and worked with the design team for three years before entering the studio to choreograph the work.

Set to music by Sir Edward Elgar in an arrangement by Niel Deponte, the production features spectacular sets by Thomas Boyd and punk-inspired costumes by Tony Award-winning costume designer Jeanne Button. When it premiered, critic Robert Greskovic wrote in Dance View“To call Trey McIntyre Peter Pan the most impressive and original multi-act ballet created by an American choreographer in recent memory does not quite do the three-act production justice. Peter Pan is a ballet of stories that really flies.

“Coming back to Houston always feels like home,” McIntyre notes. “It’s amazing to see the growth and resilience of the city. It makes me proud every time I come back.

This article appears in the May 2022 issue of OutSmart magazine.

Next Scarlett Johansson once rocked a David Bowie-inspired mullet 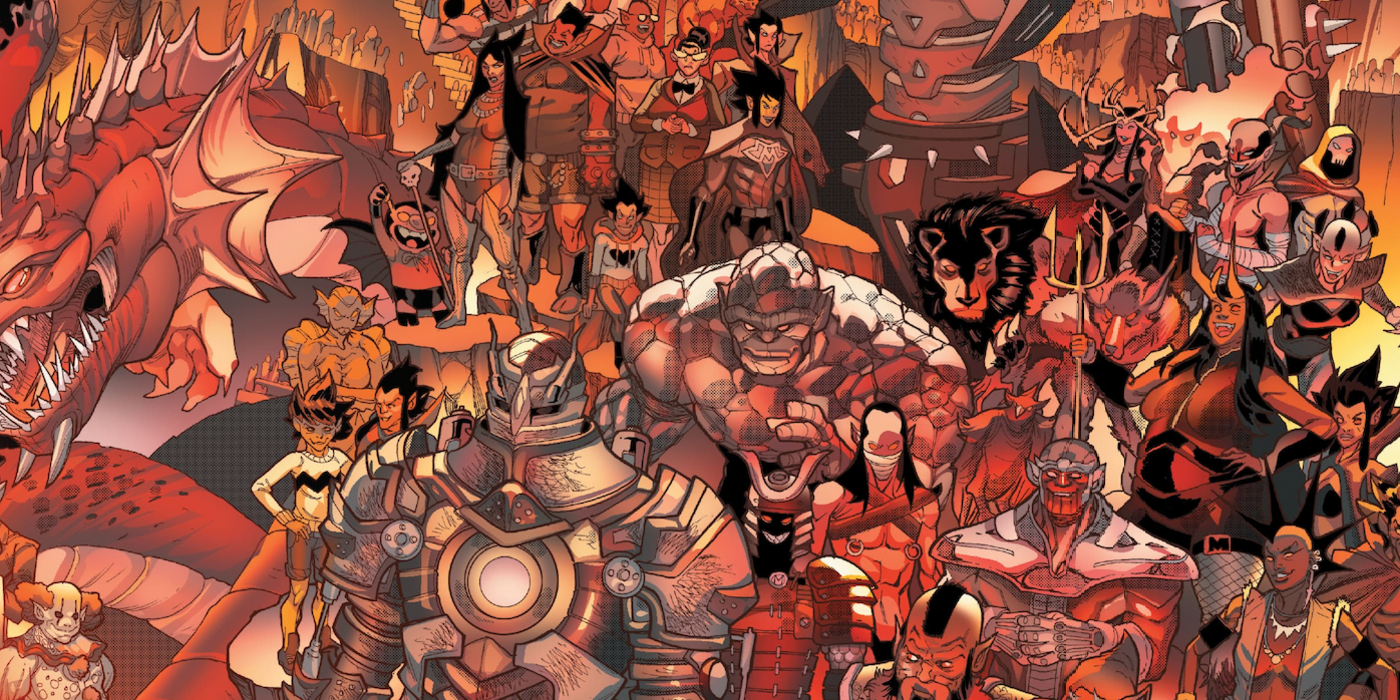 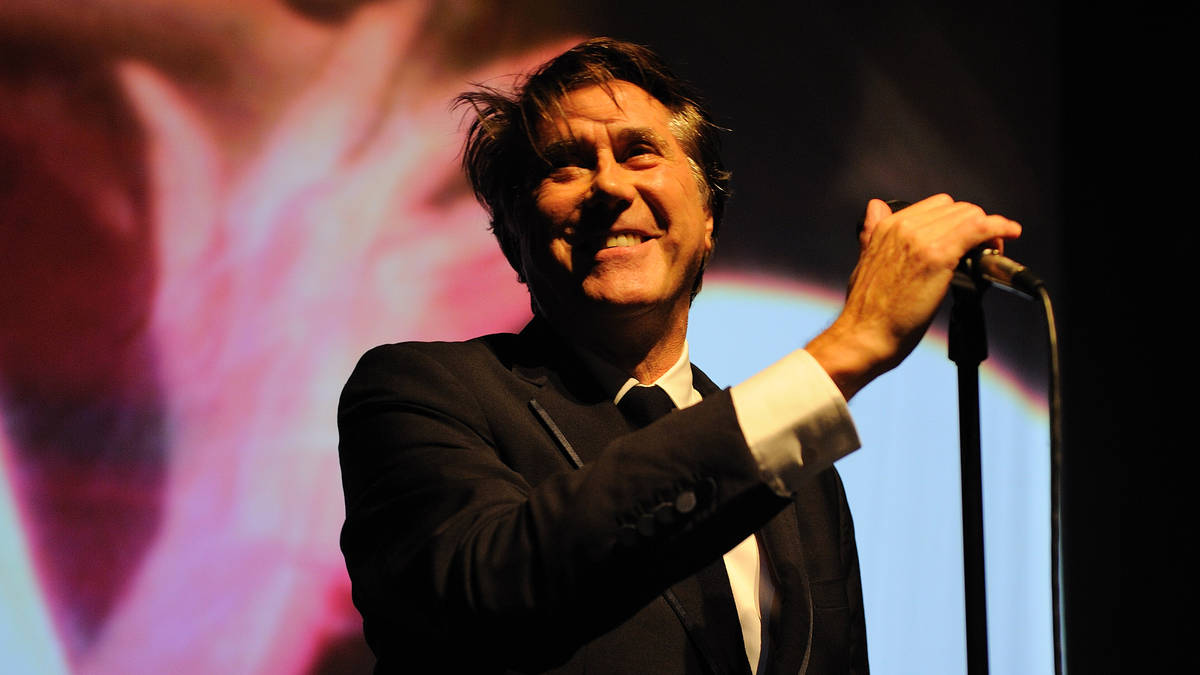