In 2012, I interview Bryan Ferry for our regular article An audience withâ€¦. Sitting in the library above his studio in west London, he answered questions covering the writers’ block, the location of his Antony Price costumes and the 60s music scene in Newcastle before you get to this one from Ferry’s. Roxy Music group companion, Andy mackay: “Would you like to finish the album we started in 2006?” The question, I remember, hung in the air as Ferry gathered his thoughts.

â€œNot sure,â€ he said. â€œHas there been a lot of work on it? Not really. I wasn’t particularly excited about it at the time. I tried, then I lacked enthusiasm for it. We’ve done a lot of shows, but bringing it to the studio is a different thing. Much of the burden is on me. I think over the years I’ve gotten so used to doing what we call solo albums – but they’re not really solo albums, that’s where I pick who plays what. Basically I wanted to do it again. My heart wasn’t there, and there was no point in doing it. Maybe another day it could come back. If one of the guys from Roxy came to me with a fabulous song, then I might change my mindâ€¦ â€

For those of us who had been eagerly following the intermittent story of a new Roxy album – their first since 1982, and their first involving Brian Eno since 1973 – Ferry’s comments seemed like a rather disappointing full stop in the band’s glorious career. It is also a career that you can relive in all its splendor in our beautiful Roxy Music Ultimate Music Guide – which will go on sale on January 10 but you can now buy directly from our online store here.

Edited by John Robinson, this 124-page magazine is, we modestly believe, the definitive guide to the band’s music. You’ll find insightful new writing on each album, a wealth of archival features from the Melody Maker, NME, and Uncut vaults, and a decade-by-decade look at the solo work of Messers Ferry and Eno.

Back to Ferry, then, to his library and one last warm memory of Roxy early in their careers, rocking the UK on their first provincial tours. â€œIt was exciting to travel in a van,â€ Ferry said. â€œWe didn’t do it for very long, we were very lucky. We were just beginning to be known. It was the first this, the first that. It was a laugh, playing in places like Scarborough. Sleep in the van overnight. Eno was a laugh, we got along very well. And Andy Mackay was really very funny, very dry. So we spent a lot of time laughing, really. Paul was a characterâ€¦ they were all characters.

“I was proud of this group.”

Order the latest issue of Uncut online and have it delivered to you!

The February 2019 issue of Uncut is now on sale in the UK – with New Order on the cover. Inside you’ll find Pete Shelley RIP, our huge preview of 2019 albums, Sharon Van Etten, Mark Knopfler, Paul Simonon, John Martyn, Steve Gunn, and more. Our 15-track CD also features the best of the new music of the month, including Bruce Springsteen, William Tyler and the Dream Syndicate. 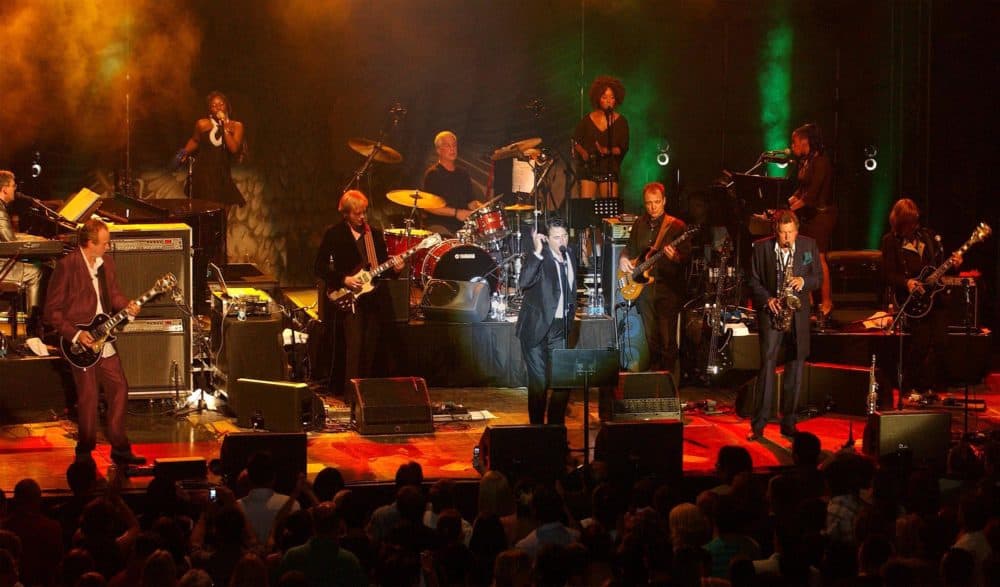