The upcoming concert week in North Texas is something of a slow burn, leading to a night of absolutely impossible decisions at the end of the week. The Mars Volta kick off the week by playing two shows at Deep Ellum, celebrating the band’s reunion and new style. Roxy Music also performs a reunion concert in Victory Park the following night. A new ZZ Top is coming to town on Saturday with the bassist from Dusty Hill playing in his place. Collective Soul wraps up the weekend, while the Wu-Tang Clan and company kick off the workweek. You’ll need that Tuesday break, though, to make up your mind about Wednesday, the night Slipknot, Metric, My Chemical Romance, Florence + the Machine, and Andrew Bird all take to their own stage in Dallas, making sure that ‘absolutely everyone has a place to be on September 28th. Welcome to Libra season, folks; it’s time to pull out those balance beams and weigh your options.
The Volta of Mars
7 p.m. Thursday, September 22 and Friday, September 23, The Factory in Deep Ellum, 2713 Canton St. $59+ at axs.com

Founded in the wake of post-hardcore band At The Drive-In, The Mars Volta began in a pool of chaos with disorganized shows, heavy drug use and a debut EP to mixed reviews. Undeterred by the rocky beginnings of the band, core members Cedric Bixler-Zavala and Omar Rodríguez-López developed the concept for their new band on the Rick Rubin-produced film. Dusted in the Comatorium in 2003. Since then, all of The Mars Volta’s albums have centered around a unifying musical theme if not an all-encompassing lyrical narrative. All this until 2012, that is. After leaving the group Nocturnstile, its core members disbanded for nearly a decade before reuniting to work on a new album. For the band’s self-titled release which dropped on September 16, The Mars Volta declared a clean slate for the band, making a conscious effort to leave progressive rock in the past and make music with a little more pop.
Roxy Music
7 p.m. Friday, September 23, American Airlines Center, 2500 Victory Ave. $85.50+ at ticketmaster.com

Formed in 1970, Roxy Music helped shape the look of glam rock that would invade England in the early 70s. Over the course of 10 years and eight albums, Roxy Music often stood out from its contemporaries, reaching top spots on the UK charts at a time when classic rock and family pop bands dominated the music world. Building its music on romantic lyrics and synth-infused rock, Roxy Music’s heritage dives deep into the post-punk movement, inspiring new wave bands and especially those of neo-romantic persuasion like The Smiths, Depeche Fashion and Duran Duran. The group came out to much fanfare in 1982, releasing its most widely recognized single “More Than This” before singer Bryan Ferry disbanded the group and its members pursued other projects. The group has reunited for concerts several times in the past. Roxy Music is currently on tour to celebrate its 50th anniversary with Dallas-raised art rocker St. Vincent.
High ZZ
5 p.m. Saturday, September 24, Dos Equis Pavilion, 1818 First St. $29.50+ at livenation.com

From 1970 until last year, Texas boogie rock band ZZ Top included guitarist Billy Gibbons, drummer Frank Beard and bassist Dusty Hill. Hill died in his sleep at the age of 72 at his Houston home last July. He suffered from a number of health issues, including a hip injury that forced him off the band’s tour last year just five days before his death. Knowing that he probably wouldn’t be able to continue with the band for the rest of the tour, Hill chose his bass tech, Elwood Francis, to replace him. When it became clear that he would never return to the band, Hill indicated that he wanted Francis to stay with the band. Prior to his death, Hill had already composed the bass parts for a new ZZ Top album which is still in the works. Opening acts for ZZ Top are English guitar god Jeff Beck and Heart singer Ann Wilson.
collective soul
7 p.m. Sunday, Sept. 25, The Factory in Deep Ellum, 2713 Canton St. $35+ at axs.com

Collective Soul was a hit in the 90s. The group had the great misfortune to form in 1992, just when all the record labels in the country started looking near and far to find the next Nirvana. Grunge has always been a nebulous term to describe alternative music with a heavy feel, so when Collective Soul was signed to Atlantic in 1993 and their song “Shine” was released across the country in 1994, the group been pigeonholed into the grunge look without ever meeting the public’s definition for what grunge was meant to be. Alternative rockers might have resented the marketing behind Collective Soul, but those who preferred mainstream rock loved it. The band became a strong rock ‘n’ roll band since the mid-90s and released their 11th album, Vibrant, in August. To make the Sunday night concert even more special, Christian rock band Switchfoot opens the show.
Wu-Tang Clan
7 p.m. Monday, September 26, Dos Equis Pavilion, 1818 First St. $29.50+ at livenation.com

They really pulled out all the stops for this NY State of Mind tour, so let’s start at the top and work our way down. The Wu-Tang Clan is, without hesitation or question, the greatest hip-hop collective of all time. Comprised of nine (10 before Ol’ Dirty Bastard died in 2004) of the sickest MCs to ever rock the mic, the Wu-Tang Clan and its members’ individual influence on hip-hop have shaped everything what we’ve come to love about the genre. Then there’s Nas, hip-hop’s greatest poet and prophet. To date, the 1994 version Illmatic is still considered the gold standard to which all hip-hop albums aspire. Finally, there’s the night’s opener, none other than Busta Rhymes – the man with the most recognizable and unheard of flow in all of rap history. This is not a list of great hip-hop artists. It really is a lineup of the greatest rap artists of all time.
Noose
5:30 p.m. Wednesday, September 28, Dos Equis Pavilion, 1818 First Ave. $29.50+ at livenation.com

Metal band Slipknot’s Knotfest Roadshow returns to the Dos Equis Pavilion this weekend. The show will include opening acts Ice Nine Kills and Crown the Empire. For decades, Slipknot have been known for delivering jaw-dropping shows that are every bit as big and ballistic as the band themselves. Coming out of Iowa, Slipknot burst onto the metal scene in the late 90s with their self-titled debut album, catching listeners’ eyes and ears with terrifying masks and three percussionists. While metalheads will always debate just how “metal” a particular metal band can be, one thing that can’t be denied about Slipknot is the power behind the nine-piece band. Slipknot’s latest album, We are not your typewas released in August 2019, but the group will be releasing their new album, The end so far on September 30, which percussionist Shawn “Clown” Crahan described as “divine music”.
Metric
6 p.m. Wednesday, Sept. 28, House of Blues, 2200 N. Lamar St. $36+ at livenation.com

Walking a fine line between indie rock and synth pop, Metric have made a name for themselves in nearly 25 years of existence. The band’s rise to fame really took off with the release of Fantasies in 2009, which included hits such as “Help, I’m Alive,” “Gold Guns Girls,” and “Gimme Sympathy,” and winning the 2010 Juno Award for Alternative Album of the Year. Led by the talented Emily Haines, the Toronto band recently released their eighth studio album, Formentera, garnering favorable reviews from critics. Now the band is coming back to town to headline House of Blues with Dallas-born alternative rock band Secret Machines opening for it. Metric have always been a charismatic band, with Haines’ commanding stage presence bringing some serious energy to the room.
My Chemical Romance
6:30 p.m. Wednesday, September 28, American Airlines Center, 2500 Victory Ave. $175+ at ticketmaster.com

In January 2020, My Chemical Romance announced a reunion tour that would take the world by storm, but the world had other plans. In June 2020, the band postponed all North American events to September and October 2021, and these were later postponed to 2022. Now, it’s finally here. High schoolers who got tickets to this show in first grade will be able to see My Chemical Romance almost as seniors. The long-awaited show has had its share of opening acts attached to the line-up, but on Wednesday night fans will see New Jersey pop-punk band Midtown and Philadelphia metal band Devil Master warming up the crowd. While it’s unclear whether the new tour will also mean a new album for the band, My Chemical Romance released at least one new song, “The Foundations of Decay,” in May to the delight of fans and critics alike.
Florence + the Machine
7 p.m. Wednesday, September 28, Toyota Music Factory Pavilion, 300 W. Las Colinas Blvd., Irving. 35.50+ at ticketmaster.com

English indie rock band Florence + the Machine have always had a reputation for releasing uplifting music that helps its listeners find peace in turmoil. In turn, Florence + the Machine concerts have always been a place where fans feel safe and deeply connected to the music and lyrics of this now longtime band. The band made their first impression in 2007 with their ode to scorched earth ends, “Kiss With A Fist.” Since then, Florence + the Machine has made it its mission to challenge oppressive forces, whether external or internal. Earlier this year, the band released their fifth studio album, dance fever, which received critical acclaim for bringing a dance music element to the band’s tried-and-tested formula. If Florence + the Machine’s music has always been about catharsis and release, now there’s a little more rhythm to get it all out.
Andre Bird
7:30 p.m. Wednesday, September 28, Strauss Square, 2403 Flora St. $41.50+ at attpac.org

Indie rock multi-instrumentalist Andrew Bird has always been a musical underdog. Appearing in Kevin O’Donnell’s jazz combos The Squirrel Nut Zippers and Quality Six, Bird showcased his unique style of fiddle playing which is made more magical through his use of loops, stompboxes, whistle and of the voice. While the singer has developed a devoted following after nearly three decades of making music the way he wants, Bird has always flown just under the mainstream radar. A true musical artist, Bird performs Wednesday night at Strauss Square in Dallas’ Arts District. Bird will receive opening support from indie-folk peer Iron & Wine, who released their latest EP, Lori, earlier this month. Mexican singer-songwriter Silvana Estrada will kick things off with her jazz-inspired folk music. It’s sure to be a mellow spectacle designed to be enjoyed in a downtown setting.

Previous What Moonage Daydream tells us about David Bowie 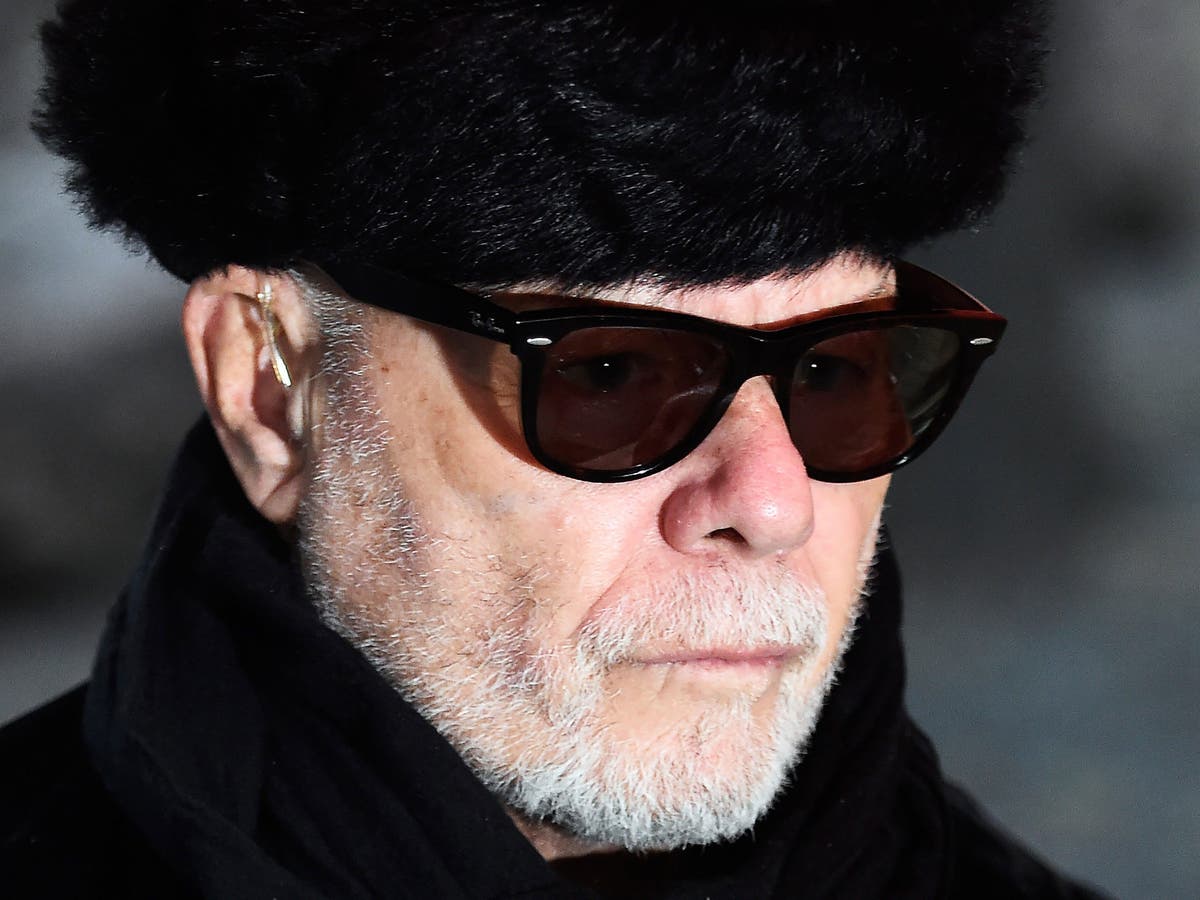